There are a variety of cool season grass commonly used in Maine lawns.  Read more to learn about the different types. 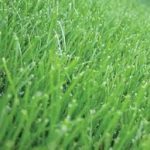 Fine fescues include red fescue, chewings fescue, and hard fescue. They have finer texture than Kentucky bluegrass. They are quite tolerant of dry soils, acid soils, and low fertility, and perform well in shady sites. However, fine fescues do not support as much foot traffic as other turf grasses. Red fescue is widely used in grass mixes, but it can be used alone as an unmown meadow grass, or for erosion control on slopes, or for a low maintenance/low traffic shady lawn. It knits well into a lawn because it grows from rhizomes, but its leaves are shiny and fine-textured, and it does not mow easily when it is grown alone. Red fescue is the only common turf grass that is native to Maine. Chewings fescue and hard fescue are bunch-type grasses. They do not knit into a solid turf as quickly as red fescue.

Kentucky bluegrass is the dominant grass type in traditional northern lawns. A blend of three or more varieties of Kentucky bluegrass forms an excellent lawn in a full-sun, well-drained site with moderate-to-high fertility and regular irrigation. Kentucky bluegrass knits together well because it spreads by underground rhizomes. It tolerates cold winter temperatures and heavy wear, making it an excellent athletic field choice. In the heat of summer, it sometimes becomes dormant and turns brown, but it greens up again when temperatures drop. When this grass is over-fertilized or over-watered, it can develop a layer of thatch (dead tissue at the base of the plants) that interferes with water movement and grass growth.


Tall fescues have been improved in recent years, and are now used as stand-alone blends for low-maintenance lawns in many parts of the country, including Maine. Tall fescues germinate best in very warm soils and are slow to establish into a turf because they are bunch grasses. It is important to control the weeds that can establish in the open spaces among the grass clumps during the first one or two seasons. Tall fescues tolerate heat and drought, and perform well in sun or light shade. However, not all tall fescues are fully hardy throughout Maine. After a cold, open winter, the spring cover may be reduced, allowing weeds to establish and making it necessary to overseed.

Grass mixes are composed of two or more types of grass. Traditional home lawn grass mixes are composed of Kentucky bluegrass, fine fescue, and perennial ryegrass. Such a mix adapts to the range of conditions found in a home lawn; the Kentucky bluegrass tends to dominate in sunny areas, while the fine fescues dominate in shadier and less fertile areas, and the ryegrass is competitive in high-moisture areas.


Endophyte-enhanced grasses have fungi living in them. Endophyte-enhanced varieties of perennial ryegrass, tall fescue, and fine fescues are available. They perform well in low-maintenance and high-stress situations, and resist leaf-feeding insects such as chinch bugs, billbugs, and sod webworms. They do not resist root feeding by white grubs.

Ready to get started? 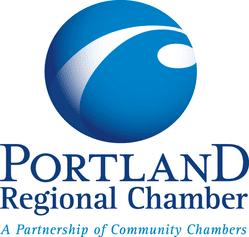 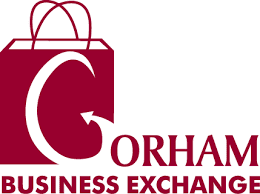